I promised the elephant would get better. He’s certainly turned bluer, even if not better, as a result of too much Prussian blue and not enough burnt umber in the grey/black mix used on his legs and lower body. Sheer laziness prevented me from squeezing more brown out of the tube and his right leg in particular is really quite blue as if he were going to audition for the circus. He is admittedly slightly more solid and his proportions have improved somewhat, but there’s still a good deal of work to do on him.

His background is accidentally minimalist and there are rather a lot of brush marks showing where they were not intended to. It is fair to call him a work in progress but I promise that he will have at least one more coat (like a room being decorated) before the end of this week’s making. 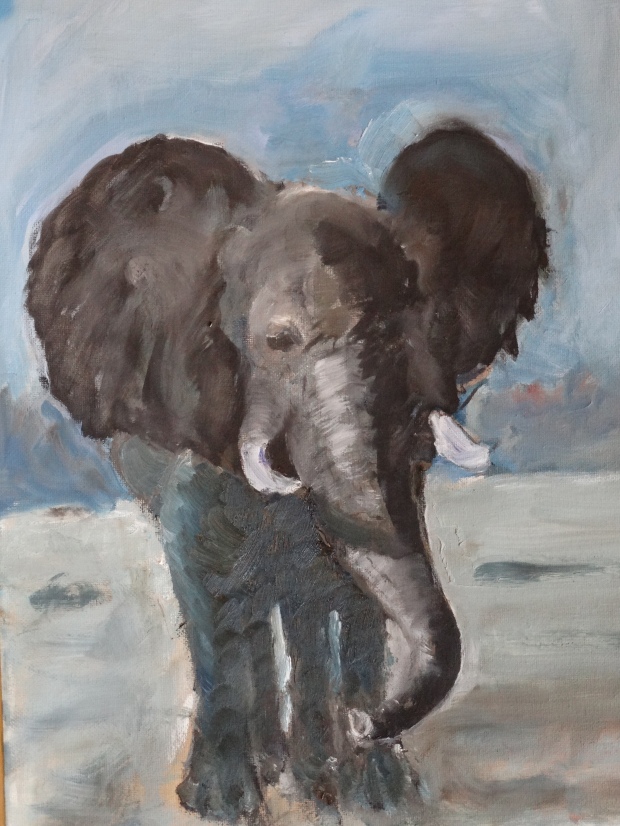