This is one of those subjects that everyone paints at some stage and there are numerous good vantage points on the South Bank from which to capture an image. This has currently been through two versions with the more developed one below.

It’s still far from right both in terms of detail (the shape of the dome of St Paul’s for example) and in terms of tonal and colour balance, with the second version being too flat and too orange in the sky.

Unlike the bronzes in yesterday’s post, this still has the potential to get better. Accordingly, I’m going to work up both this and the elephant picture up for the remainder of my week and see how much improvement can be made.

One advantage of doing this project is that you can’t simply set things aside with the intention of mending them later. Within the week you’re putting up posts you have to make enough effort to get things as developed as they can be. Very character-forming, even if not very easy! 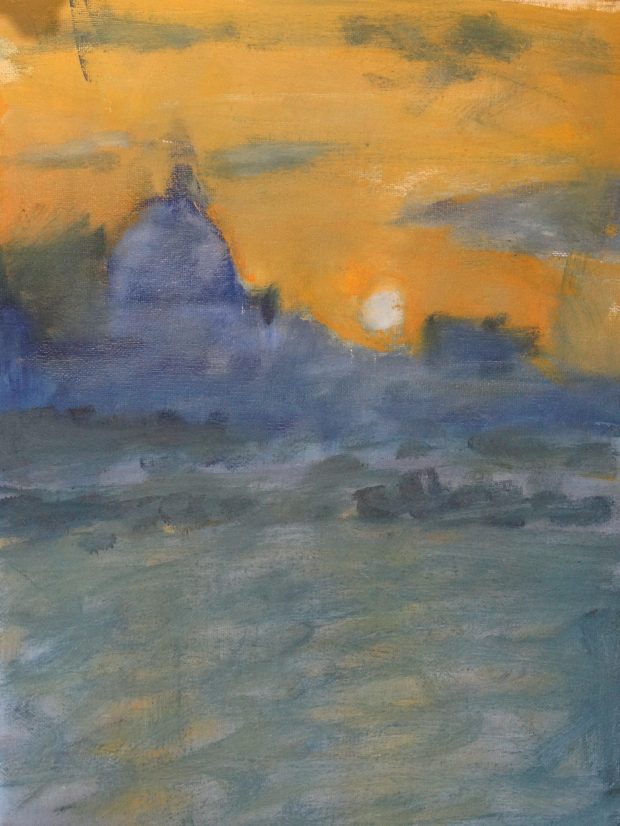 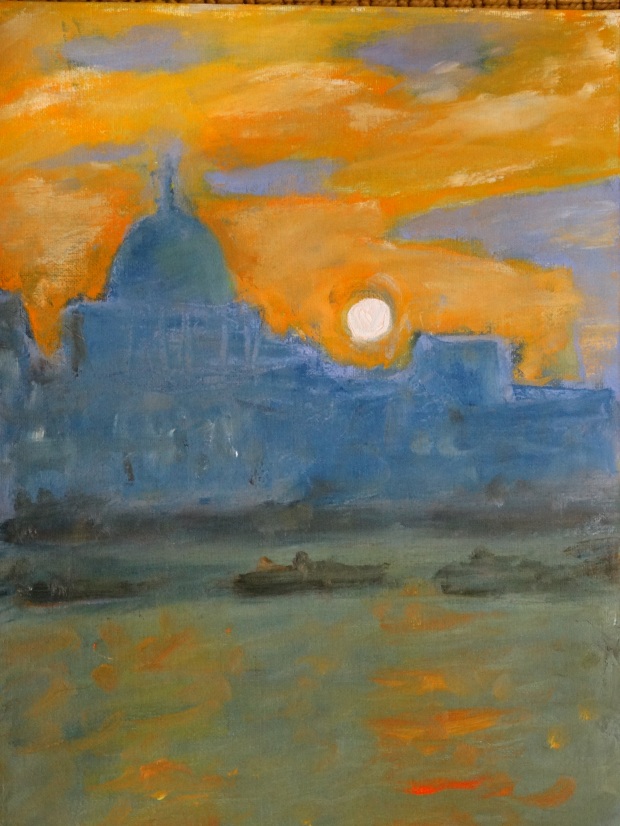