Californian poppies were everywhere (The Greenfinger Garden, The Wedgewood Garden and all over the Great Pavilion); they are delicate, Ivory White is particularly nice, they seem to go with everything (in particular Orlaya grandiflora) and Monty Don photographed them so they have the ultimate seal of approval. 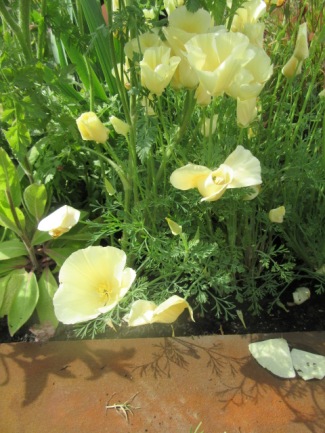 I’m not sure whether I like Eqisetum hyemale (The M&G Garden and The Resilience Garden) but it’s very interesting in a sort of meercat-popping-up way.

There were fancy foxgloves on The Resilience Garden; short, robust, deep red and fabulous. Research revealed they are Digiplexus (a cross between ordinary purple foxgloves and Canary Island foxgloves), so very fancy, and I want them.

The Snow-Melt Garden had brilliant red and green Chenopodium, which I grew years ago and had forgotten about, and charming yellow Trollius, which I’ve never grown and now want. Chris Beardshaw’s Morgan Stanley Garden was a lesson in how to combine perennials; cornflowers and gladioli, and salvia and verbascum aren’t earth-shattering discoveries but they would look marvellous in my garden (if I ever manage to create space). 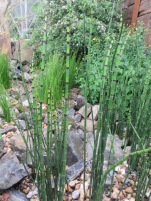 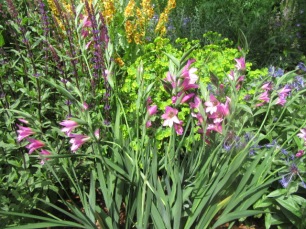 There were pretty lights in the trees of the Dubai Majlis Garden, a metal kite flying merrily over the showground and a flower-covered van selling St-Germain elderflower liqueur, a truly delicious drink, especially when mixed with rose and fizzy water. 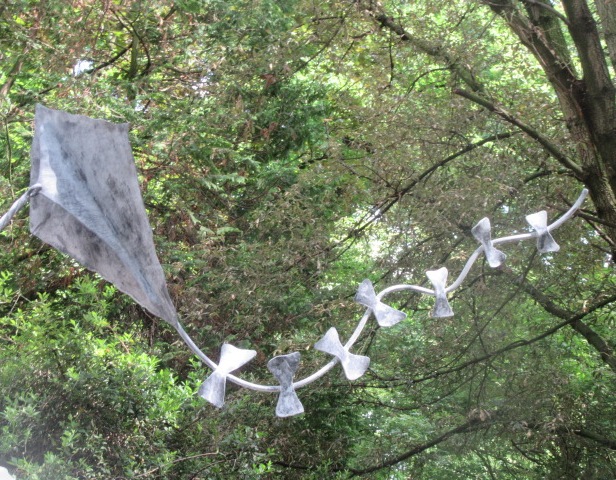 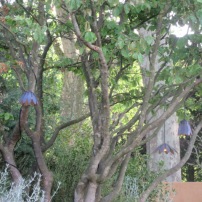 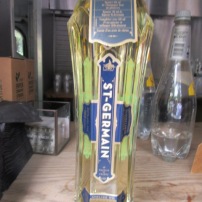 There are plants I have written down so many times at Chelsea it’s become a joke: the hydrangea Fireworks Blue with its starry flowers, the majestic-looking rose Souvenir du Docteur Jamain and the wonderfully stripey tulip Carneval de Nice. I don’t have room for the first two but there is no reason why my garden shouldn’t be awash with red-and-white tulips next spring. I love alliums but never seem to grow enough. Early Emperor and His Excellency are my current favourites, along with the rather sweet mini ones – Little Den and Powder Puff. 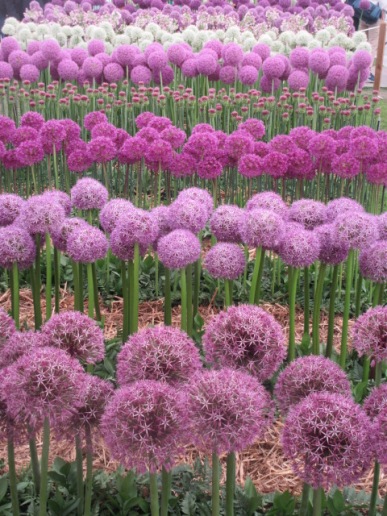 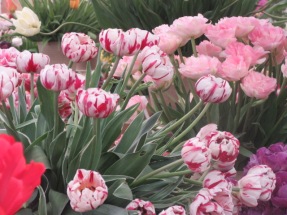 Lastly, the stand I always love is the Stone Balancing display by Adrian Gray. He makes seemingly impossible sculptures by balancing stones and fossils. It sounds simple as everything must have a point of balance but I’ve tried with small stones and, whilst amazingly therapeutic and ultimately very satisfying, it is incredibly hard. His sculptures have an air of mystery about them as they stand serenely amidst the hubbub of the flower show.