This week Lily, my god-daughter, came to make papier mâché. As we only had an afternoon, I realised that the drying times were going to need to be speeded up. I discovered that wallpaper paste dries beautifully in a low oven (Gas ¼) cutting the time from several hours to about thirty minutes. Research revealed that it isn’t possibly to dry acrylic paint the same way as it bakes rather than dries. A slow speed on a hairdryer works here, drying the paint in minutes.

As we also had to fit lunch, chatting and afternoon tea into the time, her box only got its first layer of paper but it has joined the ranks of my half-made pieces to be finished at a later date. I sewed (and ate scones) while she pasted and the sewing room / studio felt like a gentle hive of creative activity – apart from Matilda who spent the entire afternoon asleep in the only comfortable chair. 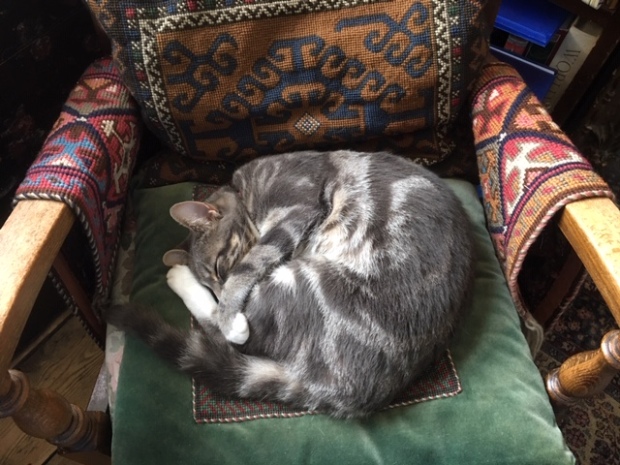