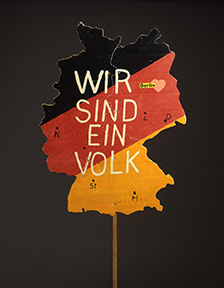 In 1989 the Berlin Wall fell and shortly afterwards East and West Germany were re-united amidst great euphoria, events that were major milestones in the long history of a complex, fascinating and often troubled nation.Twenty five years later, the anniversary is marked by a significant focus on Germany and German Art in London’s museums and galleries including two major exhibitions, one of Anselm Kiefer at the Royal Academy, and “Germany: Memories of a Nation” at the British Museum. Co-incidentally, this year is also the hundredth anniversary of the start of the First World War.

Important though they both are, neither show is “easy”. To an extent both exhibitions deal with the awareness and responsibilities of the individual, not only to the present, but also in recognising the immutable connections between now and the historic past. These are connections which cannot be denied or hidden even if they are sometimes uncomfortable and not of the making of the present generation, who may well even have been born after Germany’s reunification.
The show at the Royal Academy is a comprehensive retrospective of 40 years of Kiefer’s production, often massive in scale, huge in scope and making use of a complicated, symbolically important range of materials. Kiefer’s early work was produced as a response to what he saw as a glossing over and an airbrushing away of the Third Reich in his post war history lessons at school.He deals almost literally with the weight of history, with his choice of materials such as lead (“the only material heavy enough to carry the weight of human history”), alongside ash, straw, barbed wire and a used pair of shoes. He is an outstanding painter but uses paint alongside his other media in order to get us to think and to feel. His paintings and installations are not particularly easy to come to terms with. One can feel them at quite a visceral level without, in the absence of an interpreter, necessarily understanding them at an intellectual one.
Kiefer furthermore doesn’t shrink from the really big questions – the “Why are we here? And what are we for?” ones with his complicated symbolic structures and cyclical view of time. The show is well worth seeing, but it isn’t, not even one little bit, art in the once popular sense of pretty pictures of pretty things. Rather you can think of what the video artist Bill Viola said of his work “Art is, for me, the process of trying to wake up the soul.”

At the British Museum Neil Macgregor, its Director, has inspired the curators to assemble objects which conjure up what it is to be German. If you want an interpreter for these objects you have it, not only in the labels and printed guides at the Museum, but also in the form of thirty podcasts available on Radio 4 and to download. In each session Macgregor talks for fifteen minutes about not only the chosen object, but its wider connotations in a national context.
The exhibits include some superb Holbein paintings, including the “Lady with a Squirrel” and the “Portrait of Erasmus”. There are some of Durer’s finest prints including his “Melancholia” and “Death, the Knight and the Devil”. A wonderful Meissen porcelain rhinoceros, several feet high, is based not on real life but rather on Durer’s famous print of the animal that he had never actually seen. A Volkswagen Beetle, standing at the foot of the Reading Room, is a symbol both of post-war economic recovery and German technological achievement.
With so many of these objects, like Germany itself, the connections and connotations are really complicated. Just how complicated is exemplified by a gate from Buchenwald Concentration Camp. As it closed on the inhabitants they could see the words “Jedem das Seine” –“To each his own fate”. Obviously, this gate is a horrific reminder of an awful period in German history. But the phrase often occurred in other, happier and earlier German contexts. It appeared, for example, in the works of Martin Luther and was part of the title of a cantata by Johann Sebastian Bach.
To make matters even more complicated it was designed under duress by Franz Ehrlich, a prisoner at the Camp, using a script developed at the “degenerate” Bauhaus, where he had been an artist. The gate was hence identifiable as a form of covert protest against the Nazi machine. But it doesn’t end there. Ehrlich, Macgregor reports, proved adept at survival and after the war, returned to design work in East Germany, where he became an enthusiastic Stasi collaborator.
If you’re not sure whether to visit the exhibition (and you will surely want to see the Ming display concurrently on display there – see the next post) listen to one or two of Macgregor’s podcasts first and then decide. Chris 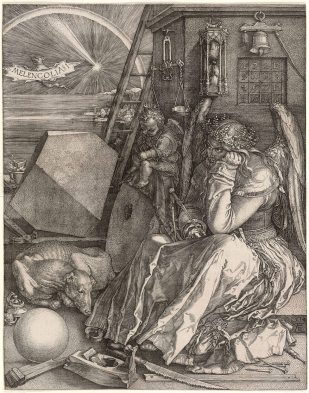